“Lot’s Mountain” has received its first review and it’s a 5-star rating!

For countless centuries monsters, men, and things in between have fought hidden battles over the fate of magic … in a small rural town in Virginia. Now their skirmishes threaten to explode into open war, with the entire world held in the balance.

Dylan Caid, a troubled misfit whose secret just might hold the key to victory, finds himself thrust into the center of this ancient conflict. With both sides urging him to join with them and threatening death or worse should he not, Dylan must seek out an ancient force that even monsters fear. 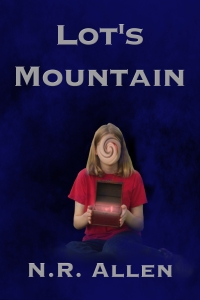 Lot’s Mountain … Come on in and stay for a spell.

That’s right, “Lot’s Mountain” is DONE!  Stick a fork in it!  Tonight, I publish and it’ll be available Saturday!

The draft is done.  Proofreaders are working.  The book should be out soon.  YES!  Lot’s Mountain will be making its way to you soon!

Yes!  So far so good.  By the end of this month (hopefully) the novel should be fully edited and ready to roll!

Can you guess what I was doing today?